More illustration work for Pernicious Albion, the ancient war witch, dissipated divinity, majordomo of the House of Death; The Morrigan. 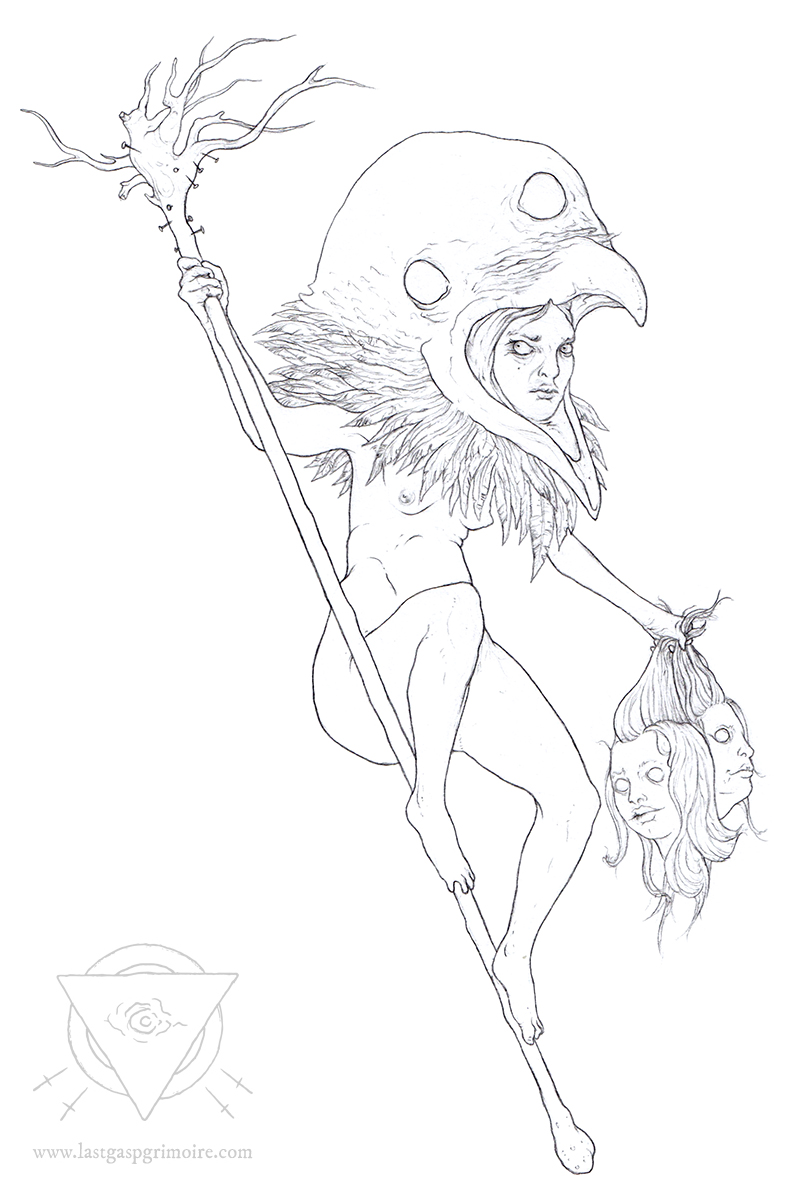 
Show Me Where The Angel Touched You

I’ve been doing some illustration work for Mateo Diaz’s absurdly lovely Pernicious Albion, and so far it’s producing some of my favourite things I’ve ever drawn, so I’m looking forward to it being an actual thing that I can hold and play and you should be too.

The link above goes to Mateo’s initial concept and content rundown, but follow the label at the bottom of that post to see all the other things he’s posted on the subject.

Penemue, Mad Angel of Secrets, who taught people writing before it was meant to, and will say hello to you via personally-addressed thousand-year-old dungeon graffiti carved into the walls. 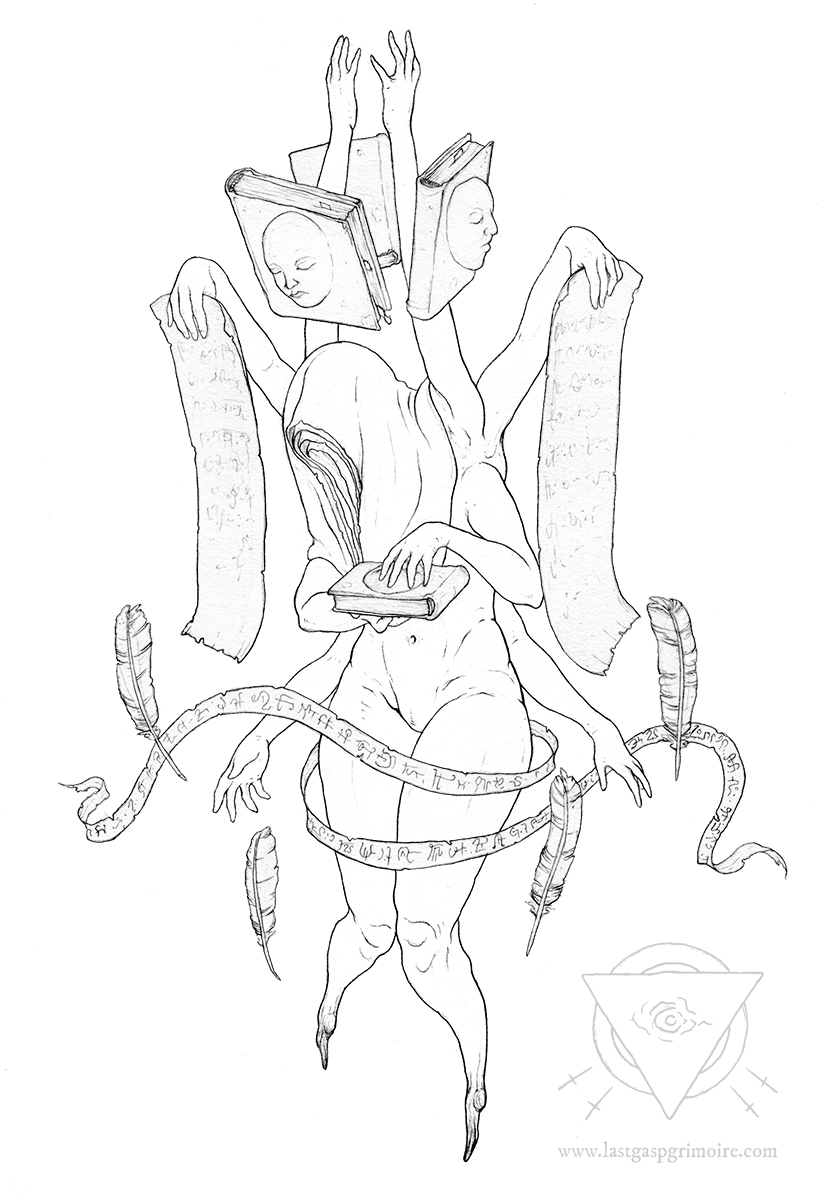 And the Incubus, which is fairly self-explanatory. 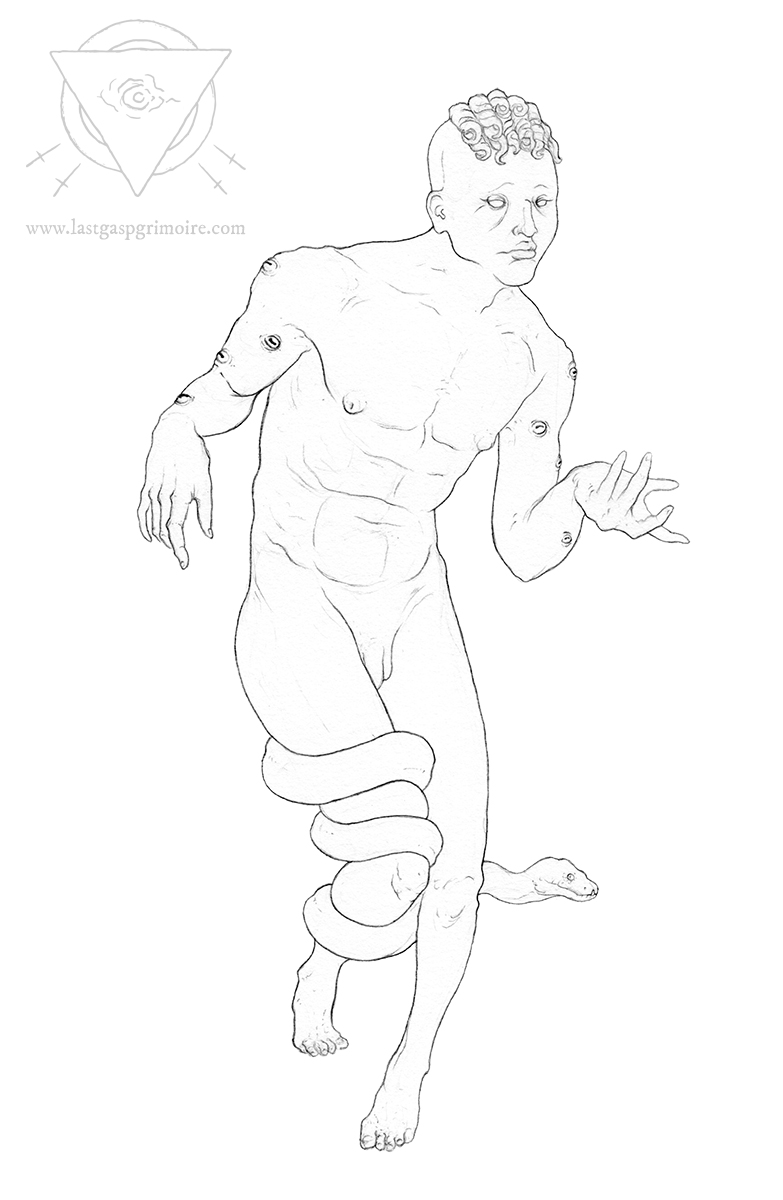 
Bring Me the Head of Zachariah Crooks

Another character sheet commission for the adorable Wil McKinnee, Hakaak the half-orc who carries his halfling lady friend around on his back for “combat maneuvers”. 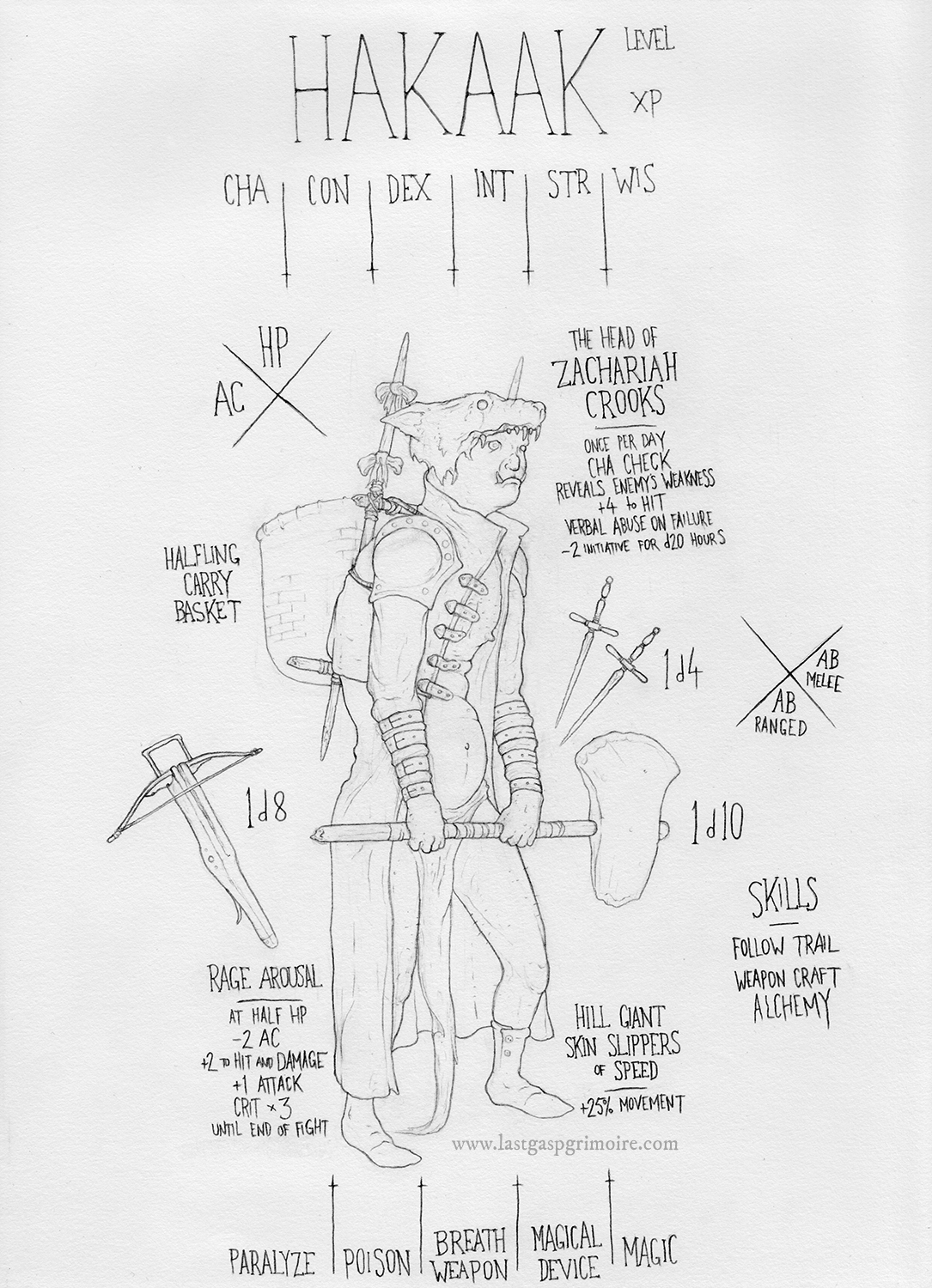 Did you know that I played a game with Wil where he jumped on a Pterodactyl being ridden by a javelin-thrower, stabbed it in the side, then used the sword as a rudder to make it crash dead into the ocean, backflipping away from it in the nick of time? Well I did, it was epic.


The Apposite Pariahs of Creation

Here have some art, originally drawn for Patrick Stuart’s Veins of the Earth.

Now that it has an actual publishing deal these will probably never appear in the actual book because aesthetic consistency, with the whole thing likely to be illustrated by Scrap Princess (who is a brilliant machine).

Nevertheless I’m glad they happened, the Alkalion is one of my favourite things I’ve ever, ever drawn, and they all forced my fingies to keep working and working and now starting a new drawing isn’t the struggletown it was at the start of the year.

Unsolicited life lesson: THE MORE YOU STOP DOING THINGS OUT OF FRUSTRATION AT YOUR OWN INEPTITUDE THE LONGER YOU WILL BE TERRIBLE AT THEM. Push through the pain cupcake. 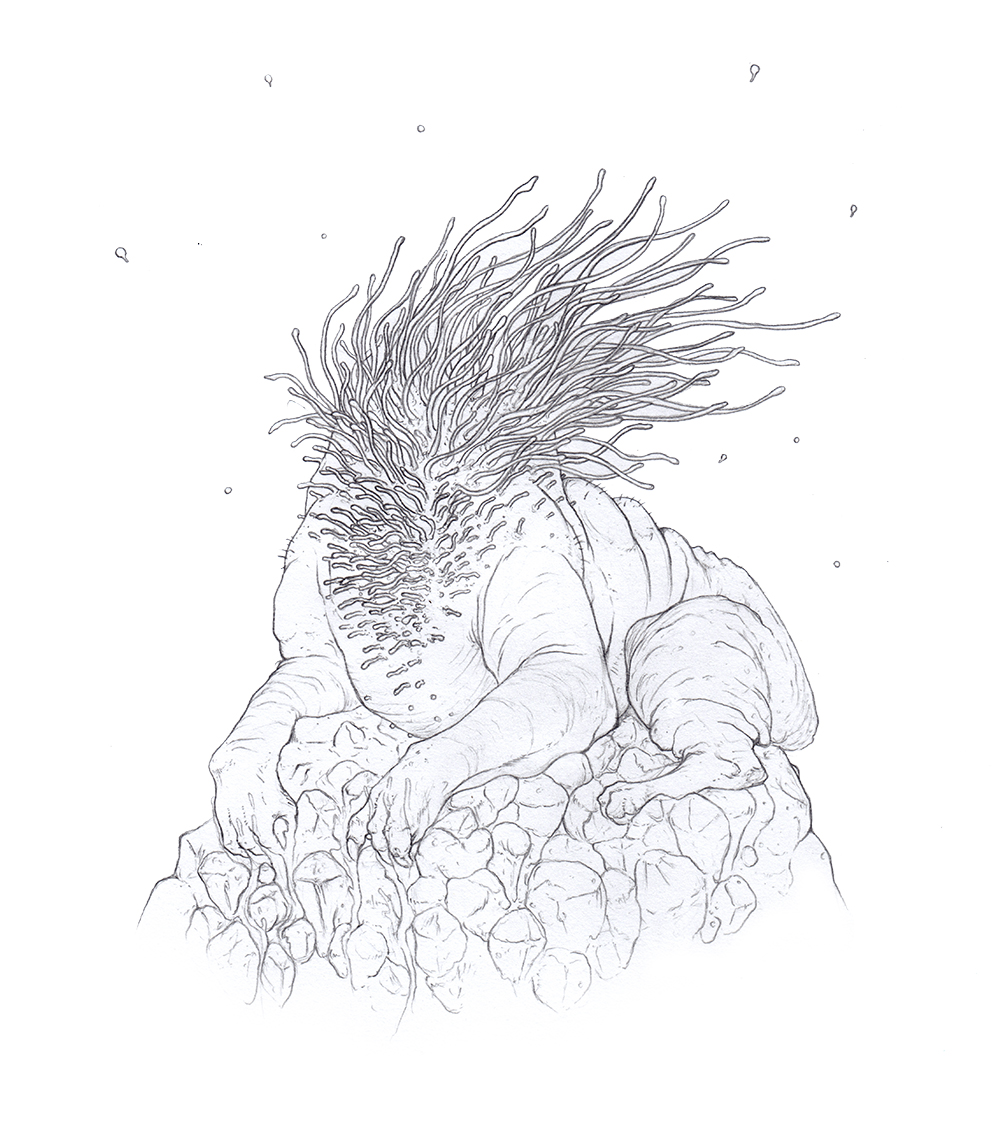 (still not really what I pictured when I first read about them and got all light-headed and dreamy,

but the design goal that Scrap and I ended up coming to was “a carnivorous penis spilling out of the worst vulva”, so I think I can lay some claim to success)

Sonic Pigs: the pigs that make you shit yourself and weep 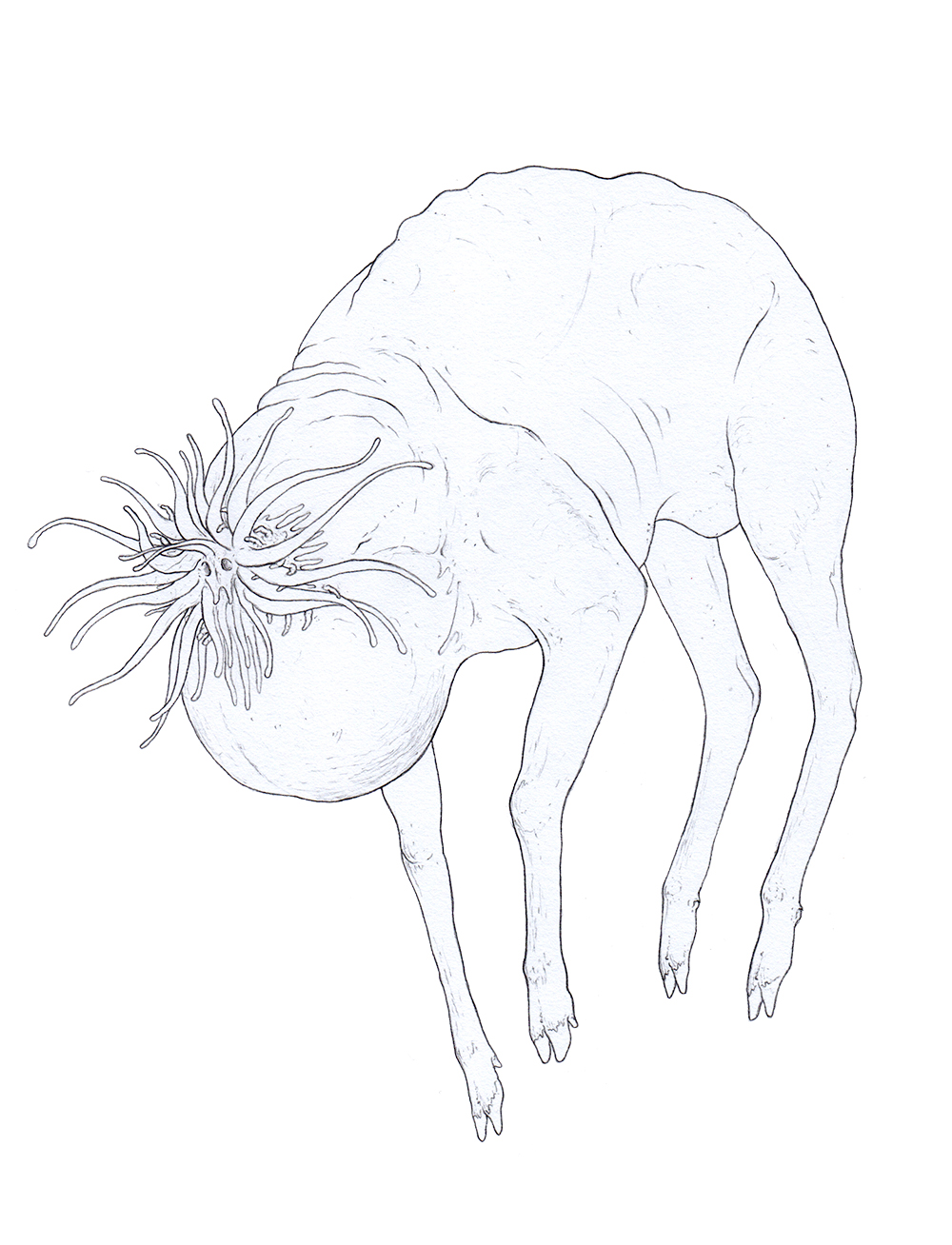 I was a handler for last year’s Secret Santicore, and in the spirit of the terror season offered prizes to those whose entries gave me the most joy.

After making Santicore’s vast belly shake M. Diaz of Gloomtrain requested that Rose draw him a Lamia, refined and wicked, so here she is in all her plump glory: 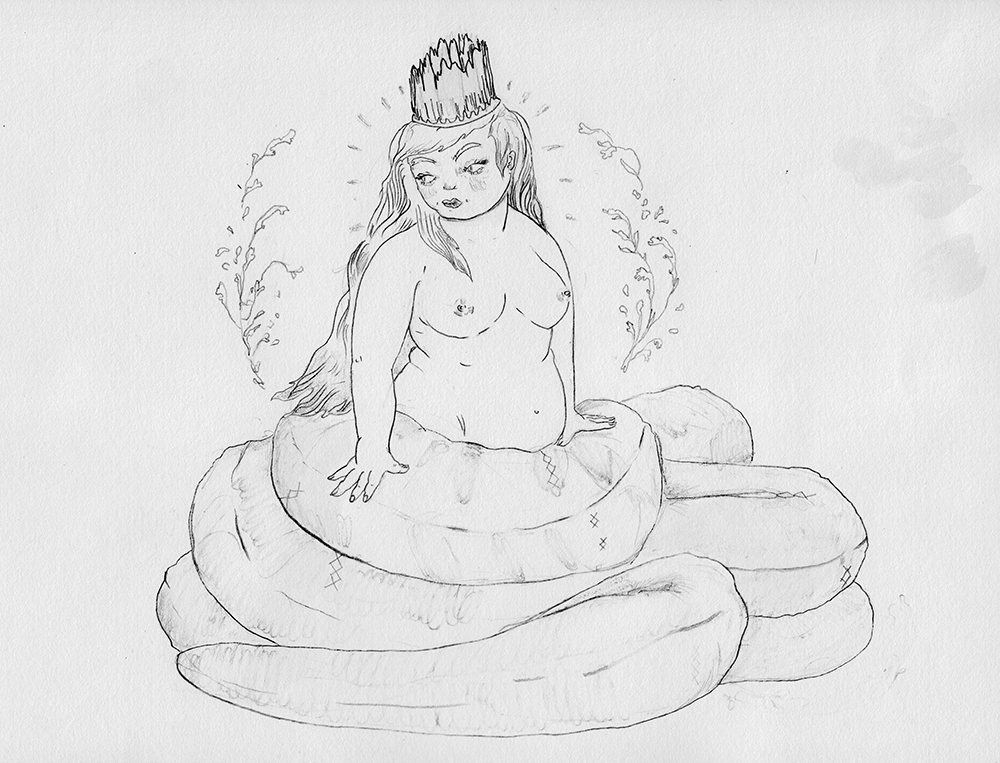 And because he’s an absolute sweetheart he insisted that he complete an extra request for me in return, so I asked for some predictions you might get from a Soothsayer Sophisticate and holy shit. 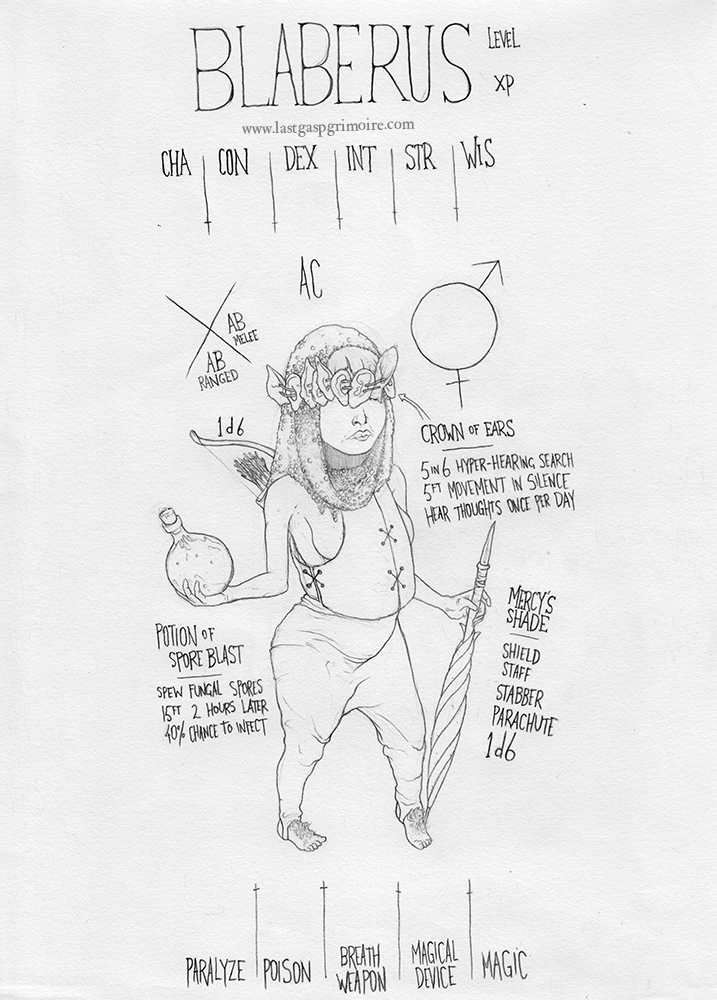 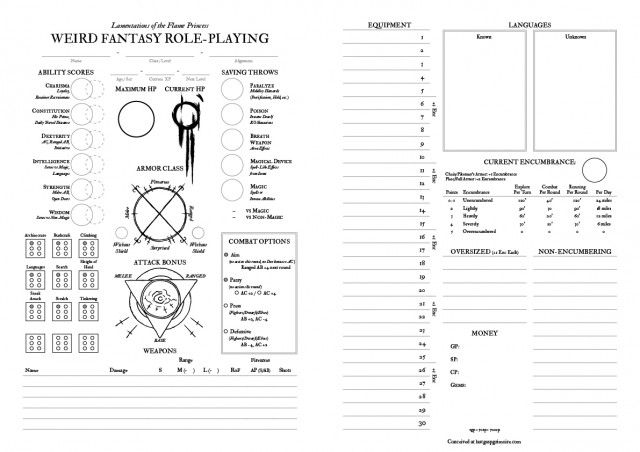 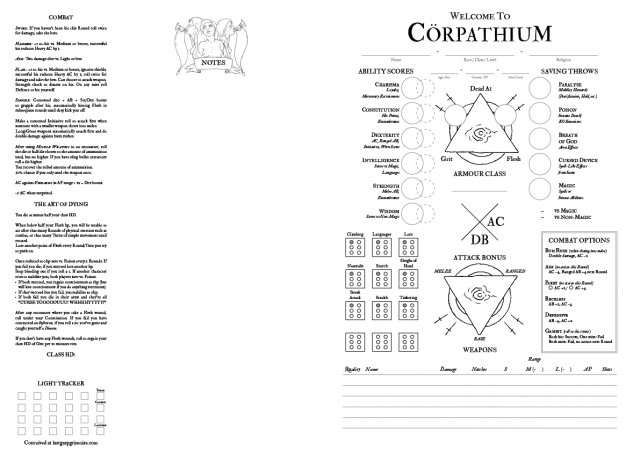 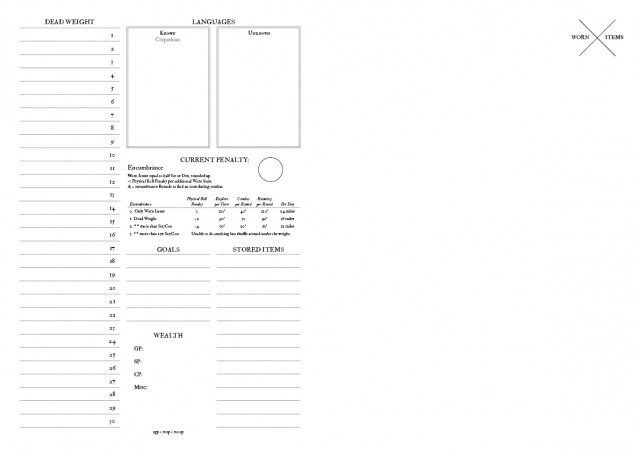 
Playing With Someone Else’s Toys: Monsterparts

Pearce Shea of Games With Others has been known to blurt out pretty, clever little things that make me squeal with glee.

The latest is Monsterparts, a game of children facing down the nightmare apocalypse while their parents fuss over toast and the morning paper.

Yes, I know you want to play it, we all do. Here are some extra Special Things and Secrets.