A Collation of Things Revealed in June, 2015

Goblins all have an abnormal capacity for regeneration. Not enough to notice on the spot; they’re not going to stand in front of you swinging their intestines around until their stomach seals shut, but given a little time they can bounce back from most anything.

They don’t always heal right though. They’re like walking talking cancers. They reproduce by budding.

Sometimes before a wound closes up completely, a bulbous growth sprouts and keeps expanding and forming bits until a half-grown lumpy goblin drops off within a week, full-grown within a month.

It’s why they’re so fucking joyous about violence, it’s sex for them.

A goblin wearing armour is like someone wearing a condom: most of the fun while avoiding the reproductive consequences.

Some goblins are just a little too fertile, once they start budding they don’t stop, they swell up over time into an awful bloated self-important goblin mountain of flesh, forever sprouting crops of new goblins.

Goblin colonies un/lucky enough to get a Broodmother usually find themselves all wearing armour, either through enthusiasm for the Broodmother or from constant nagging and berating. 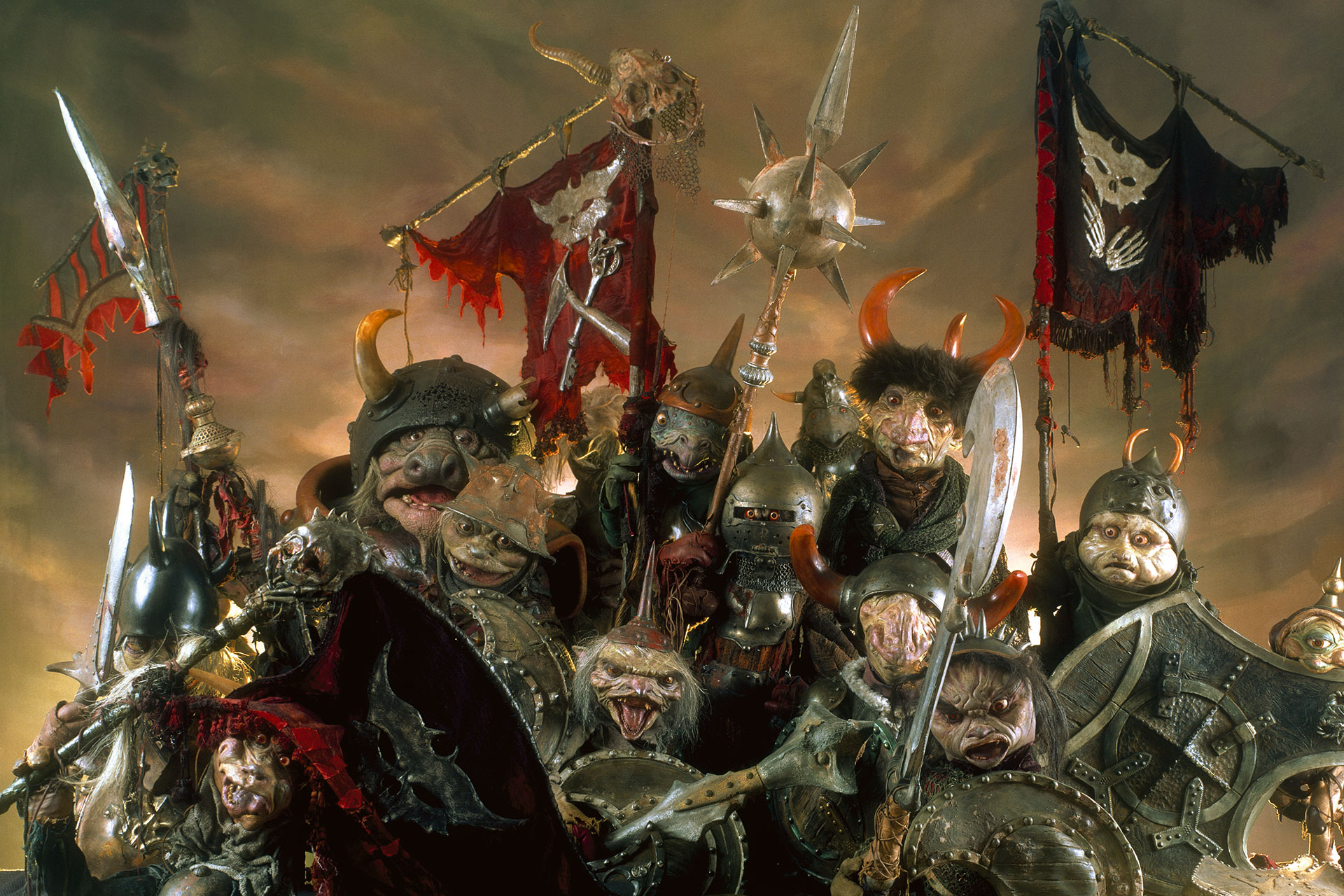 “CELIBACY FOR THE BROODMOTHER!”

Sometimes goblins go sterile, their regenerating flesh out of control, sped up, growing into big warped crooked hulking things. Then they’re called trolls. Now you’ll notice their regeneration on the spot: about d8hp per Round’s worth of reconstituting viscera.

Mild brain damage tends to make them a bit deranged, not as smart as goblins, but if anything they lose some of their unbridled lust for violence: it’s not sex anymore.

Fire will wound them permanently, or at least until they can scrape out the seared flesh. If you kill them but don’t burn them they’ll regenerate in body but not in mind, with all of the strength and none of the capacity for reason, just a frenzied regenerating meat wagon with a desire to tear things in half.

Goblins learn fast but not well; when a goblin gets interested in magic it’s the worst.

Most of them have a lifespan of about a year, Broodmothers are practically immortal until a frustrated goblin stabs them in the back, but trolls will only last a month or two before their bodies eat themselves.

Combined with their short lifespans, it also tends to make them fairly impressively reckless.

It’s not uncommon to see:

If they worship anything it’s probably something they call Nurgleskop, a thing of pale orange and pink flesh like a misshapen warped monolith rising out of of a bulbous mound still clinging to its sides. It lies in a cavern open to the sky within the Marrowmorne Mountains, people don’t go there, there are rumours:

On the other hand some goblins practically worship filth, wallowing around in the worst shit they can find because it makes them heal completely wrong and they think it’s funny, twitching humps and extra arms and exploding stomachs and fingers that are far too long. Expelling toxic gas from various orifices and melding themselves to trolls and budding goblins that are little more than balls with tails and teeth.

While they’re around you should be playing this album on repeat.